Ever heard yourself say that? And then notice how your performance starts to drip back to the usual? Or worse, even lower?

I used to experience this years back when I had no clue about the concept of self-image. And by the time I was matured enough to understand what it was all about, a lot had already changed in my world thanks to the apparent application of the very same concept. Of course, as with all things, there was a lot to learn.

One aspect that I was stunned to learn was that I wasn’t the only one experiencing challenges with self-image. There were a million others out there. Most depression cases are rooting in the concept of self or the lack thereof. And almost all cases of poor performance can be attributed to this seemingly simple concept.

Let me give you an example: you clocked the highest number of sales in your department last month despite your introverted personality. The company recognizes your efforts and you’re on a high until right before your first call/meeting on yesterday. What do you say to yourself? “Hey, I’m good. But not that good to be the rock star salesperson two months in a row!” And now anyone can guess how December would go for you.

The challenge isn’t that people don’t inherently understand it but they fail to know how to hold on to their self-image. Particularly the version that’s so much better than their usual self. You get that in order and you’ve cracked the code for achieving high performance on demand.

So, the question is — is that even possible? Of course, it is. You just need to know that your concept of self-image is highly influenced by the people around you and the environment you’re in. And most importantly, your behavior doesn’t have anything to do with your self-image. You heard that right.

This means even if you flipped up the previous deal because you offered free consulting and the prospect took everything you gave them and settled for the cheapest supplier for the exact solutions that you were going to offer. Why? Because you did it with the right intentions. The heart was in the right place. Should you be doing that again? Nope. Not because it’s a silly thing to do but it’s not an effective strategy considering that buyers go into their own game so they can extract the most value out of your knowledge and experience without having to shell out money.

Your self-concept must have been around an 8 or a 10 when you were offering free consulting this buyer could’ve gotten from anyone else on this planet. But it plummeted to a 3 or a 4 when he went for a cheaper supplier. While the two incidents are related they don’t have anything to do with your self-image but your behavior. The latter can be always be fixed with a few tweaks or fresh tactics but when it comes to your self-image, I believe it’s your responsibility to understand that you have to hold on to the image that you want to see yourself in.

It’s that simple. There’s no rocket science to it. You can shell out a fortune for therapy and this is the essence of it all. Now, remember, simply doesn’t mean easy. It never was for me and never is for anyone. But the fact is that it works. You just need to keep doing it until it becomes second nature to you. Took me about a few years accept the image that I was holding on to. Your mileage may vary.

Next time when you catch yourself saying, “I’m good… but not that good,” just add this to the thought “in fact, I’m so much better than good.” Someone said it the best, “change your script to change your life.” 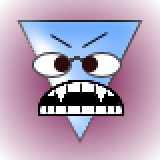 I'm a writer, speaker, leader, father, son, friend, a bookworm, and a warrior of life who never quits.